Four Lightning Strikes and Your Data is Out

Four Lightning Strikes and Your Data is Out – Rescue Australian Cloud

It takes four lightning strikes to wipe out data in the modern day datacentre, and if you think it doesn’t happen, prepare to be surprised. Backup is your only medicine.

In August 2015, four successive lightning bolts hit one of Google’s facilities in Europe, taking out the local utilities grid and sending power surges throughout the storage systems used by Google Compute Engine (GCE) infrastructure, which allows customers from around the world to run virtual machines and store data in the cloud. It is the same datacentre and the same infrastructure that powers the search engine, Gmail, YouTube and other services.

As a result of the lightning strikes, some of the customers’ data was lost. While most of it came back online, small parts of data could not be recovered.

“Although automatic auxiliary systems restored power quickly, and the storage systems are designed with battery backup, some recently written data was located on storage systems which were more susceptible to power failure from extended or repeated battery drain,” Google said in a statement published online.

In the same statement, the Internet giant highlighted “an important reminder” that GCE virtual machines “unavoidably vulnerable to datacenter-scale disasters” and customers must remember to take GCE snapshots and store them in the cloud.

In other words, Google used the incident to remind customers about data backup and the importance of storing it in a remote location. When disaster strikes, services can be brought back online much faster by restoring them from a backup.

There are four things that can be learned from this incident.

First, nobody is immune to data loss, even leading industry players, whose job is to keep data online. The best hardware and advanced technology once again proved to be powerless against the forces of nature, reinforcing the need for data backup as the ultimate measure for data integrity.

Second, data loss is often caused by the most unexpected and unlikely events, in this case — the four consecutive lightning strikes. Most likely no other datacenter will ever experience it again, but floods, hurricanes and other natural disasters are known to affect the data safety in the past. In 2012 a number of datacenters went offline in New York caused by flooding that followed Hurricane Sandy. Customers with a business continuity plan were able to restore their backups elsewhere to carry on their business.
Third, the 0.000001% of the GCE data that Google lost last week could be your personal and business files. Are you prepared to lose pictures of your loved ones or important documents that your business depends on? How important is your data to you and how valuable are your digital memories?

Data loss is something that most of computer users have to go through at some point of their lives. Data backup remains to be the only remedy against the lost thumb drives, faulty hard disks, human errors and other data security hazards.

When was the last time you did a backup of your computer? 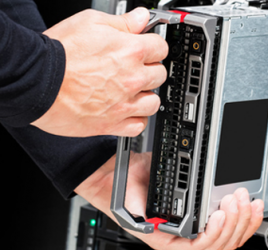 How to design a backup strategy

Do not open a door for data thieves